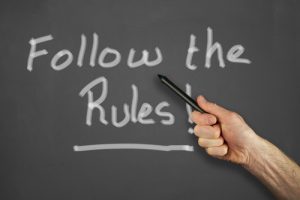 It goes without saying that a person should observe the laws and rules of the land when visiting another country. This is doubly true for Dubai and the rest of the UAE, particularly for travelers from non-Muslim countries. There are some things you take for granted in everyday life that could get you jailed or deported post-haste in the UAE.

Travelers and expats are allowed to drink in approved establishments and even their own homes, provided they have a license. However, this does not mean to drink it up at the club and then hit the streets in all your inebriated glory. The slightest indication you are intoxicated in public can result in immediate arrest, fines or even deportation. Your punishment will vary depending on level of intoxication and which emirate you are in. In Sharjah, it is illegal to drink period.

For those who have become accustomed to course language, especially when driving, Dubai is going to be a different universe. Cursing in public vocally or by hand gestures is prohibited. You especially want to mind your manners when speaking to police, public officials or even high ranking businessmen. The F-bomb could land you in jail.

On public displays of affection, few people are used to being in an area where even a peck on the cheek is frowned upon. Kissing, holding hands and further displays are all illegal in the UAE, so your best bet while visiting is to simply refrain from all of the above.

Meetings with Opposite Sex

If you are a female in town on business, remember to never meet with a foreign male alone. This is forbidden and looked upon much the same as adultery as it is what is referred to as a crime of honor.

In Muslim tradition, your left hand is used for physical hygiene and therefore it is considered unclean. This means you should never offer your left hand in greeting or hand someone something with your left, especially food. It is considered rude and distasteful to say the least. It should be said that Dubai is fast becoming a tourist area, and this offense is not as bad as some others, especially when you are in the touristy locations such as the mall.

While in Dubai, remember that Islam is not merely a religion. It is also the law of the land and they are serious about it. In the Western world, talking bad about rulers (presidents, queens and representatives) is practically a rite of passage, but in UAE, it is a crime. Ditto for speaking ill of any aspect of the religion or Mohammad. Take care to learn all you can about the major customs and then simply conduct yourself conservatively and quietly.